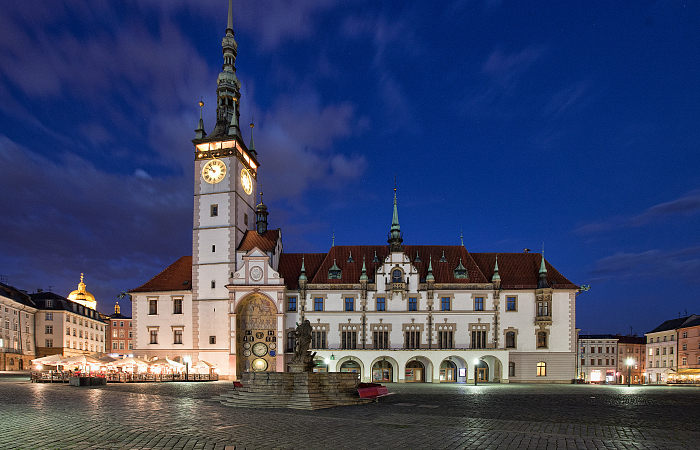 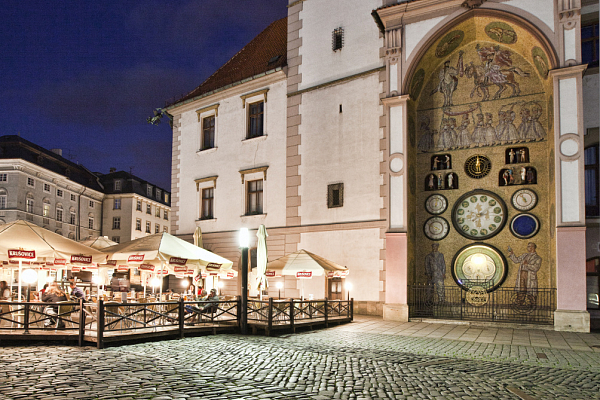 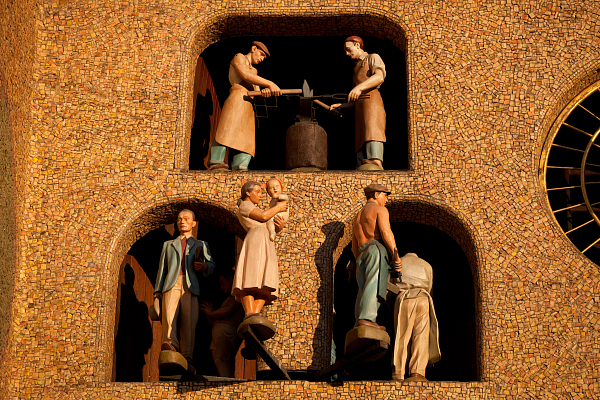 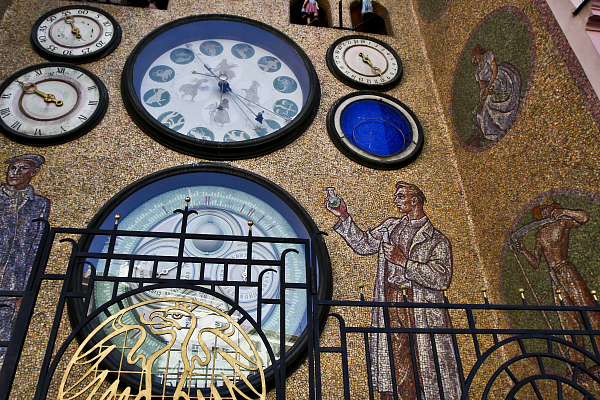 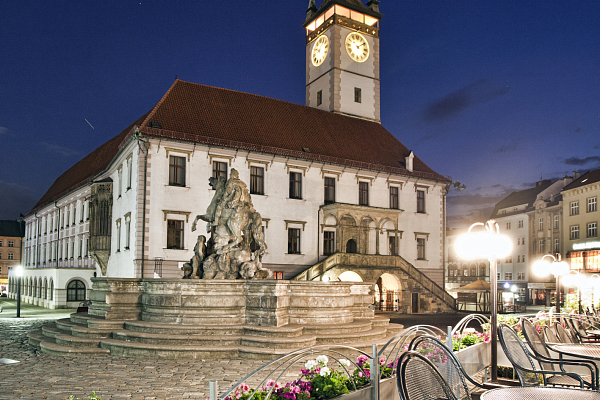 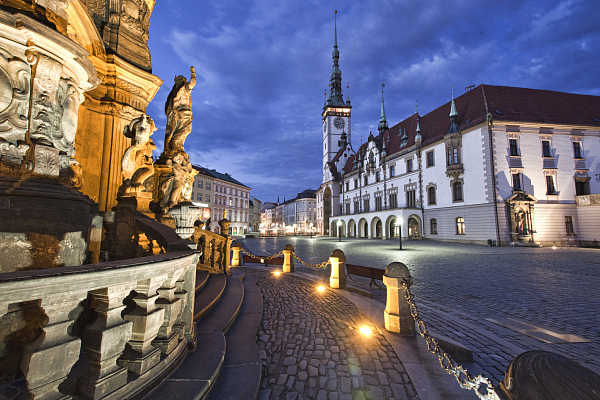 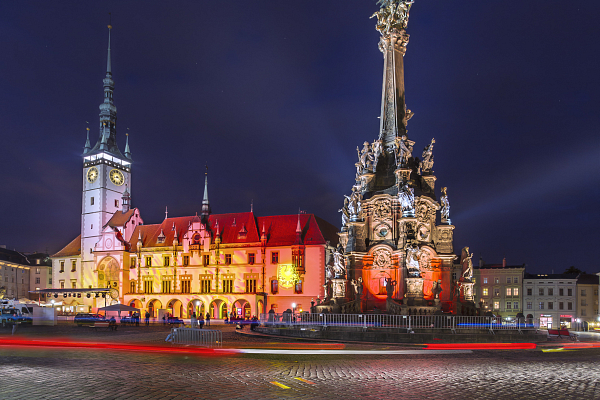 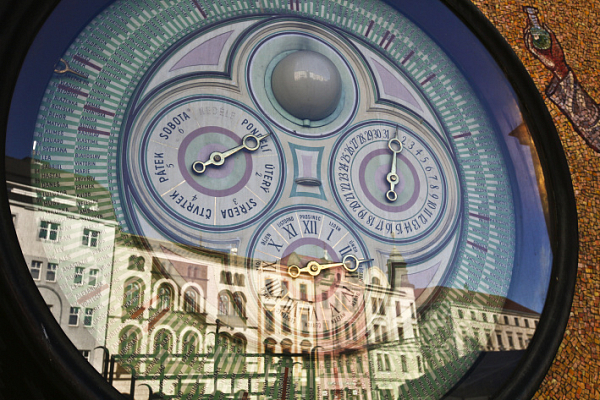 The city hall building has four wings and a yard in the middle. A gothic chapel oriel protrudes from the southern façade. Numerous original arched rooms, including a ceremonial hall, remained well preserved inside.

The Olomouc horologe is planted in the northern façade of the city hall. Its contemporary version comes from the 1950s and it represents an interesting example of the propagandist role of the official art of the era. The mosaic decoration consist of medallions on the side walls of the alcove, displaying jobs typical for individual months, and a calendar with dates that were deemed important by the communist propaganda. Karel Svolinský, the designer, used folklore motifs in the top arch of the alcove. 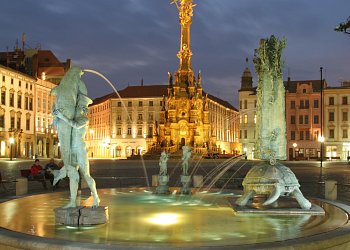 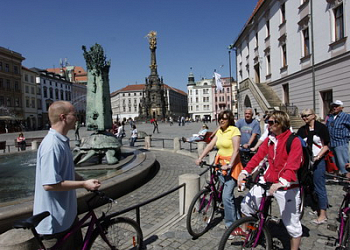 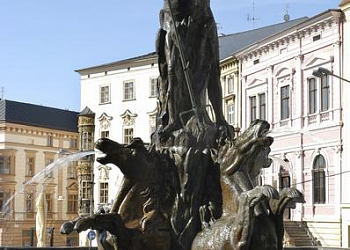 Group of Baroque fountains and columns in Olomouc
Olomouc

Tour of the Tower + Chapel: Mon–Sun 11am and 3pm (5 persons minimum)
Tour of the Town Hall including the Ceremonial Hall also possible on request in advance.