Electric bikes in the Jeseníky Mountains are green

The positive attitude towards e-bikes is only confirmed by the fact that we are one of the largest cycling enthusiasts in Europe. However, if we want to go on holiday with such a bike, recharging the battery can sometimes become a big deal. Therefore, during the spring, thanks to a joint project of the Olomouc and Moravian-Silesian regions in the Jeseníky Mountains, the Rychlebské Mountains and the Králický Sněžník Mountains, forty charging points were installed. “Each station includes a specialized POWERBOX.ONE charger, which includes 2x BOSCH chargers, 2x SHIMANO chargers and 4x 230 V connections for the possibility of charging other e-bike systems. There is also a map with interesting places and surrounding charging points for such equipped, covered stations, “specifies Tomáš Rak, director of the Jeseníky Agency - Tourism Association, which coordinates the project. The charging stations were logically located throughout the region at selected e-bike rentals, boarding houses, museums and restaurants. You can find them from Heroltice bordering the Orlické Mountains in the east to Opava in the west, from Račí údolí in Rychleby to the Wesselsky watermill on the banks of the Odra. Currently, e-bikes can be charged in 42 places in the area.
A clear map and a list of all stations can be found on the website www.jeseniky.cz. The paper cycle map, which contains not only marked stations, but also Jesenice bike parks, trails, YEScyklo cycling circuits and long-distance routes leading through the Jeseníky Mountains, is available in all information centers in the region, in selected bicycle rentals, tourist places or accommodation facilities. 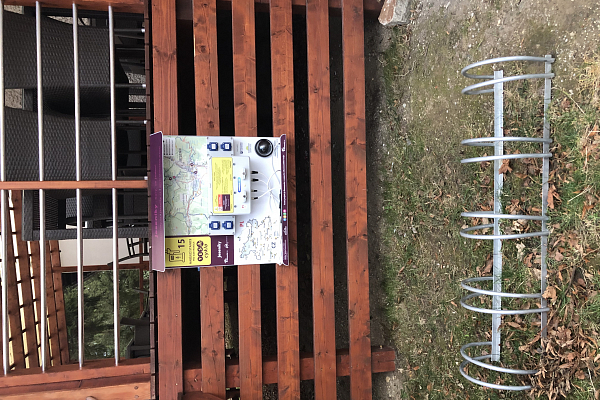